The reconstruction of postindustrial spaces in Saint Petersburg resulted in appearance of many places that are either obsessed with loft aesthetics or simply ignore it despite the surrounding context.

The project of Futura bistro occupying a former metering station at Lenpoligraphmash factory demonstrates another approach towards reusing the heritage of the recent past. Consciously leaving the postindustrial spirit behind, the project addresses the potential of small and square in its floor plan volume using basic elements of architectural language.

The architectonics of the metering station enabled the expansion of existing openings and the enlargement of glazing area, showing up the inner space and symbolically extending it in the summer terrace and leisure time infrastructure which includes basketball court, biergarten, green space and the upcoming access to the rooftop.

The collaboration of Rhizome, Alexey Bistrov, responsible for the graphic design, and the artist Alexey Kio led to the exterior of bistro.

The inner space design is based on the principles of openness and the limited amount of applied architectural touches.

The concept of an opened kitchen is vital for the whole project that dissolves the line between visitors and workers of bistro: guests can easily observe not only the cooking equipment and chefs but also the washing zone which usually remains unseen.

The limited area of the block became an obstacle to the original plan of an opened bakery station, though one still can take a sneak peek at it through the narrow window on the way to the WC.

The new walls and partitions are made of autoclaved aerated concrete blocks. The material choice is based on architectural and constructive logic as well as the intention to create a sustainable and functional interior.

The concrete blocks are left in their natural texture and color matching the geometry of functionally spread white tiles of sanitary zones.

The interior of bistro lacks any decorations and focuses on its essence: placement of furniture, produced by Saint Petersburg based studios Delo Design and Verstak, functional lightening and minimalistic surfaces of the walls demonstrating peculiarities of the chosen materials. 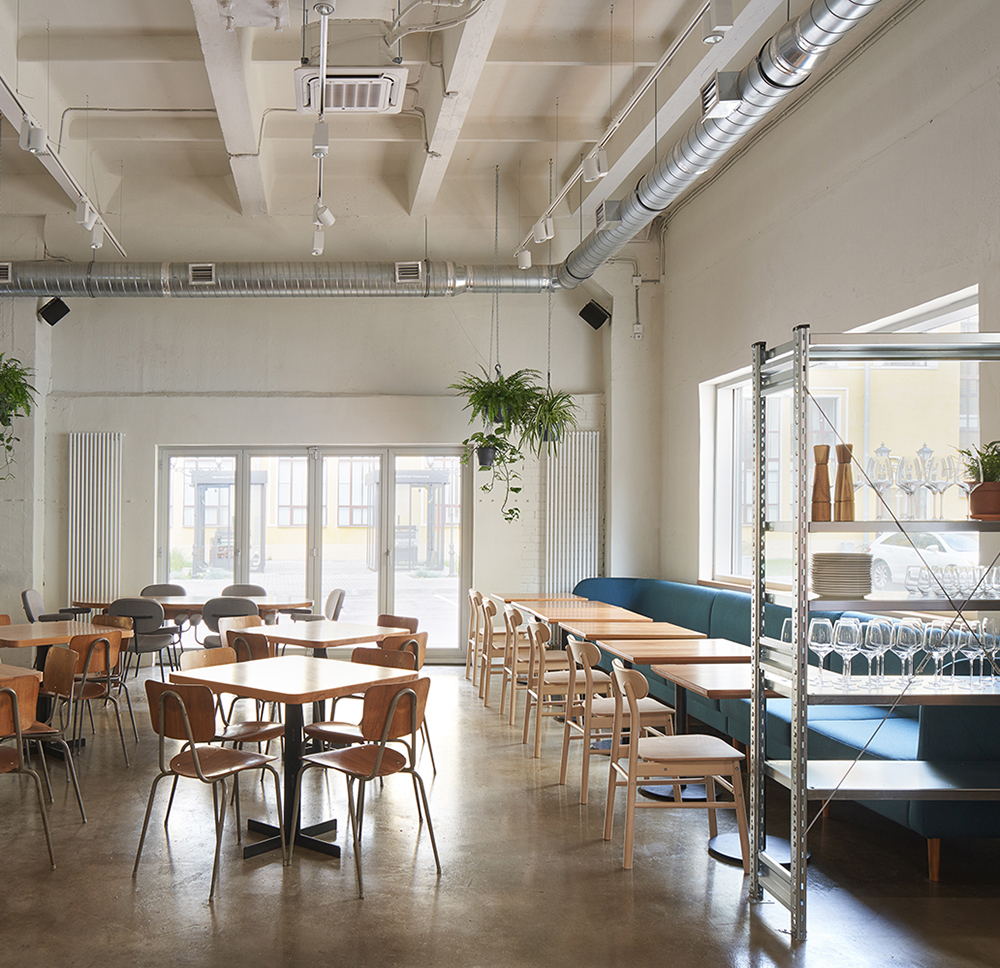 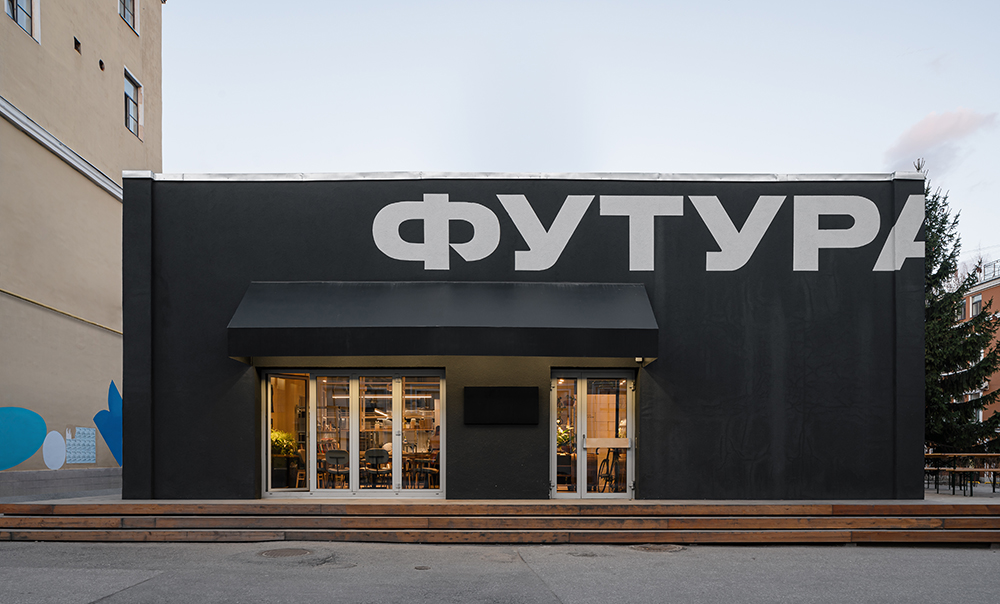 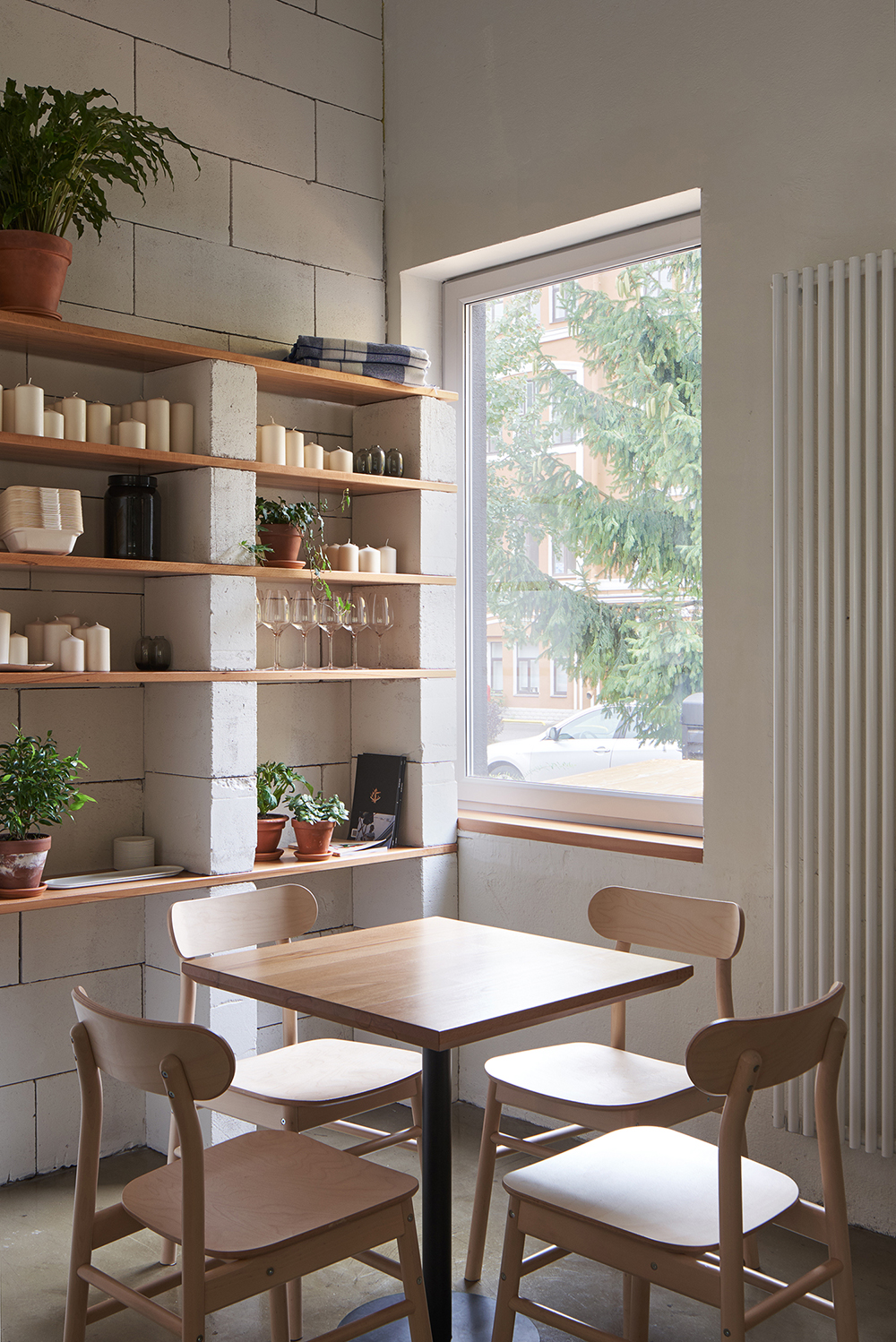 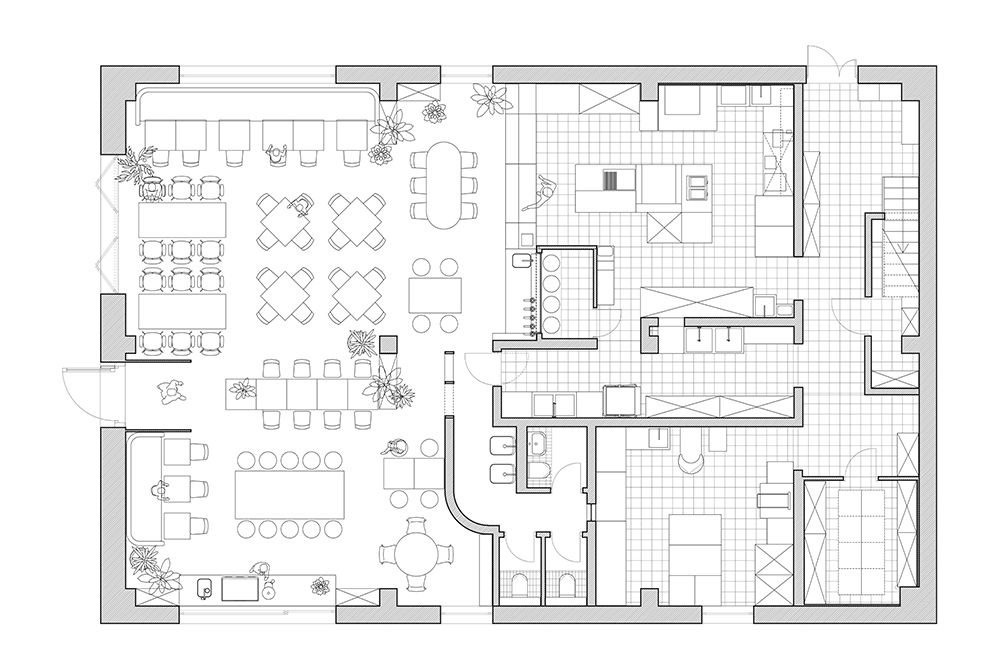 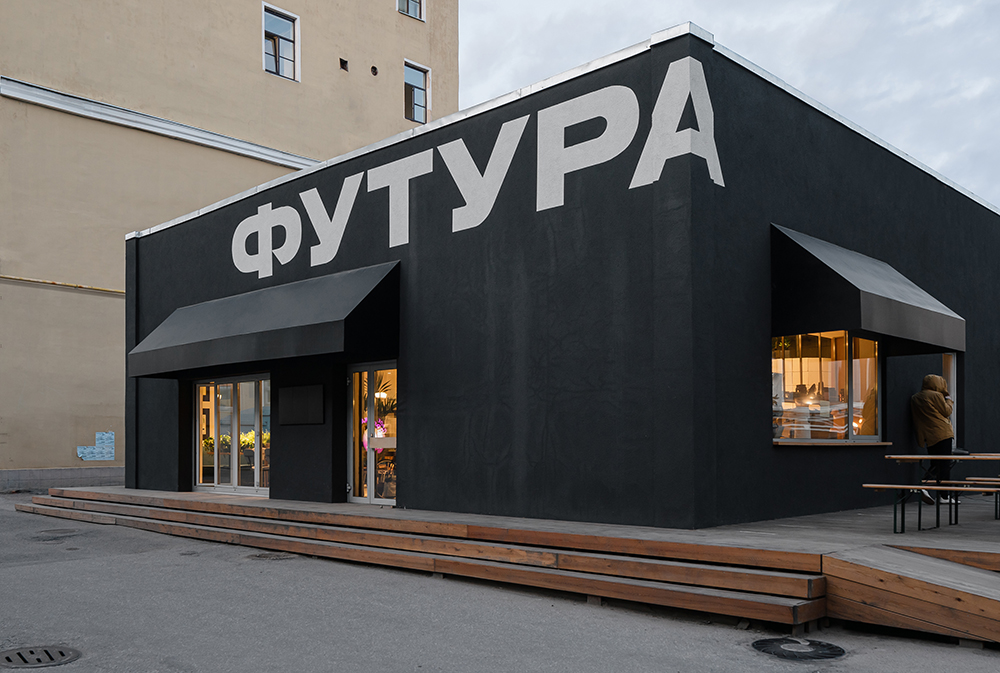 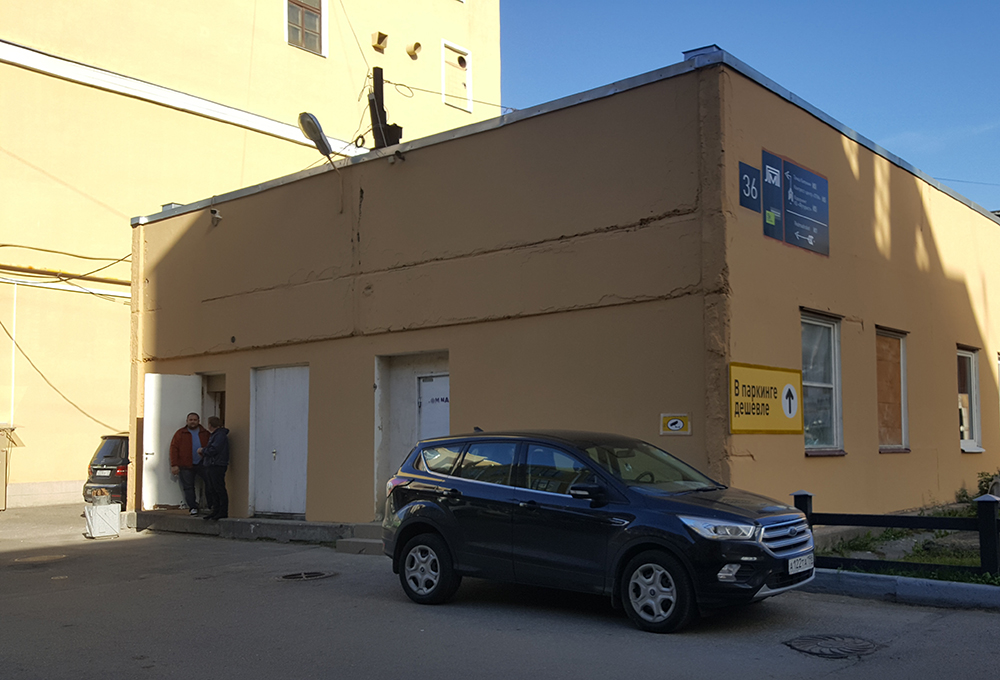 Ater and before the reconstruction 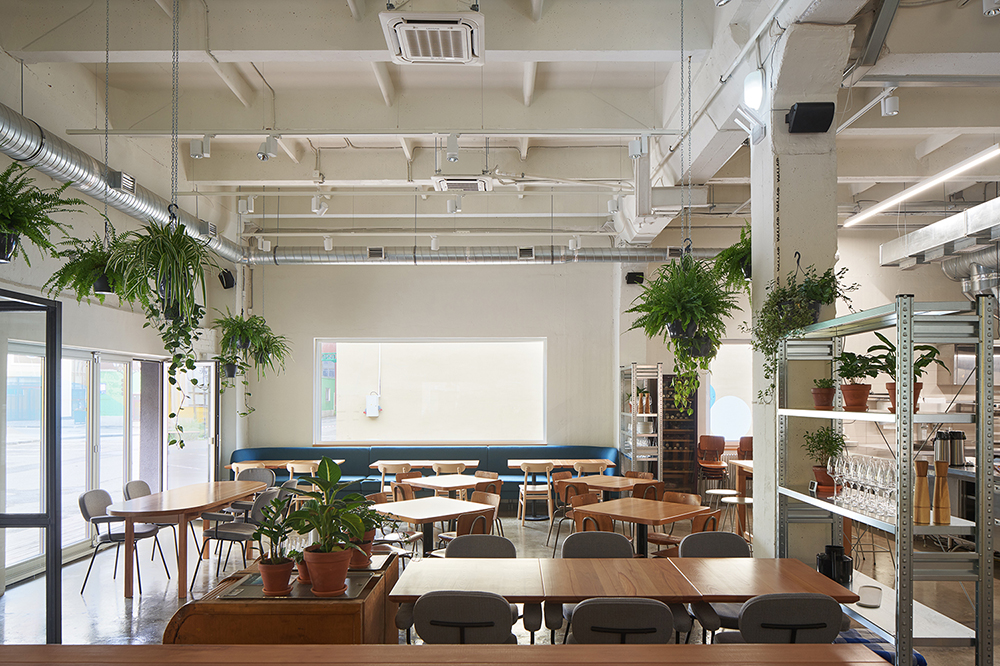 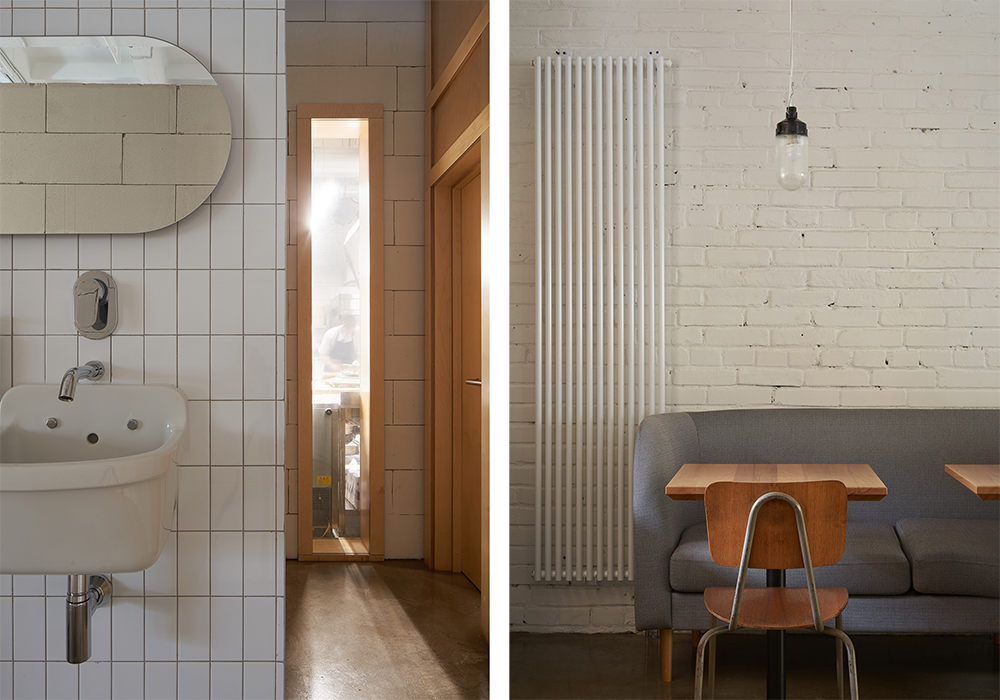 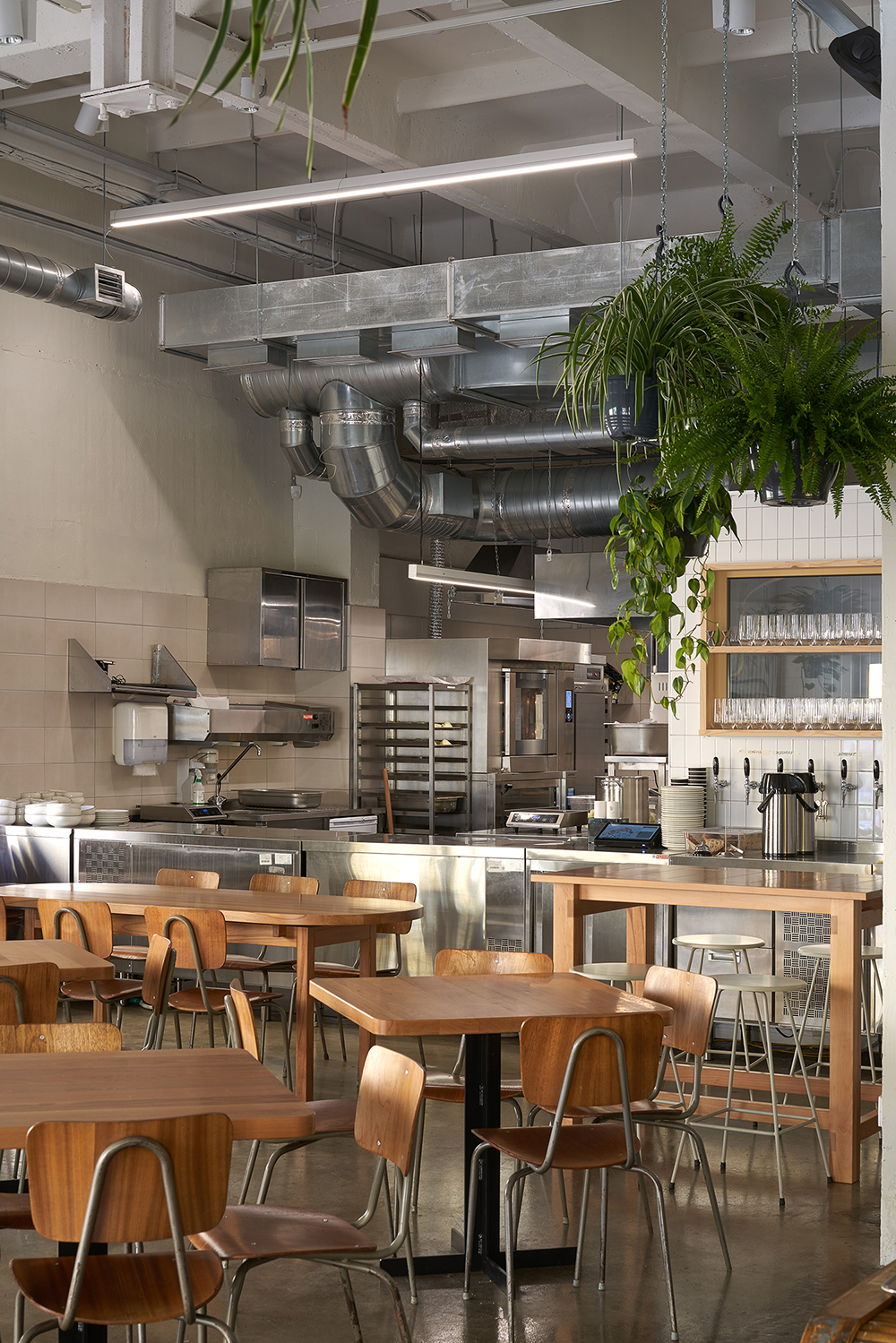 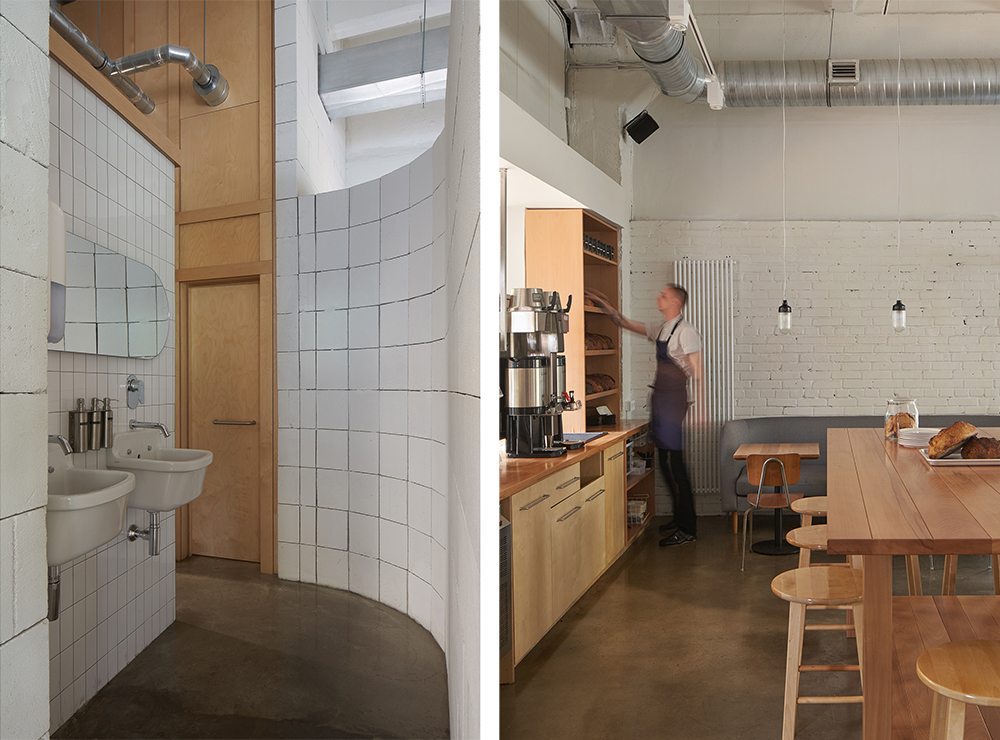 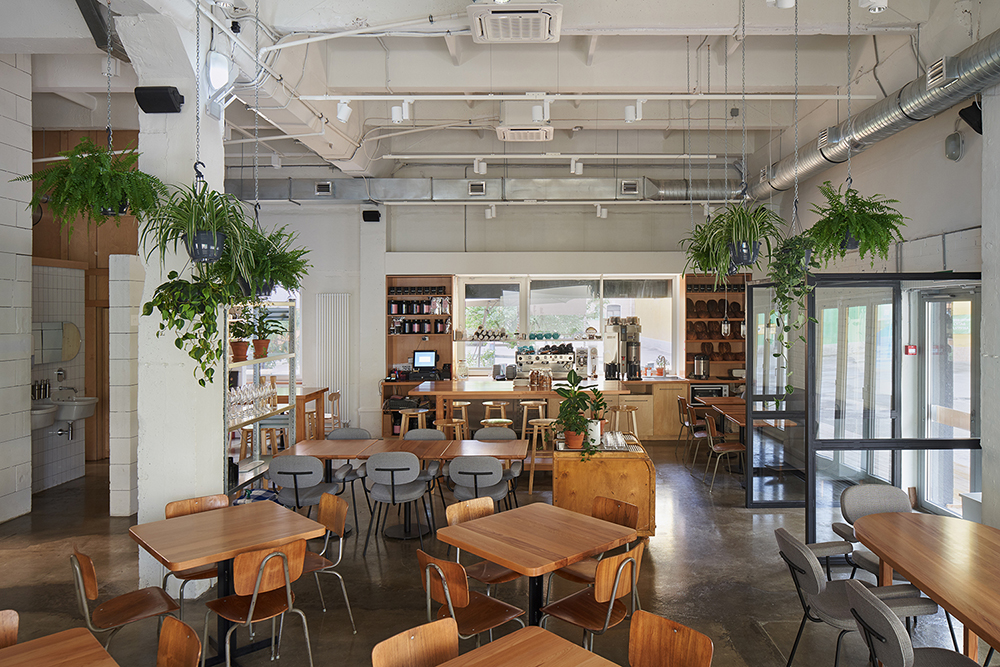 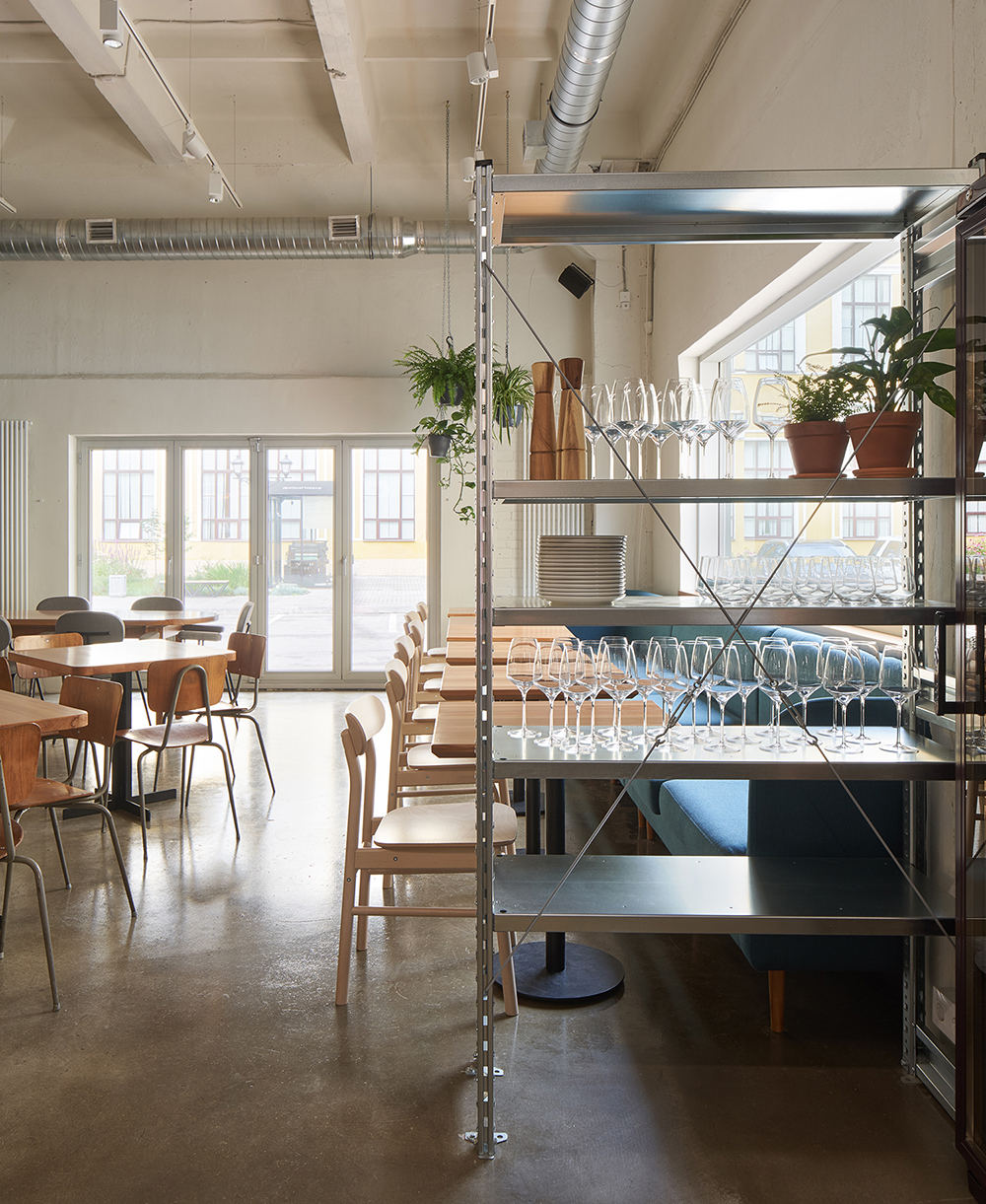 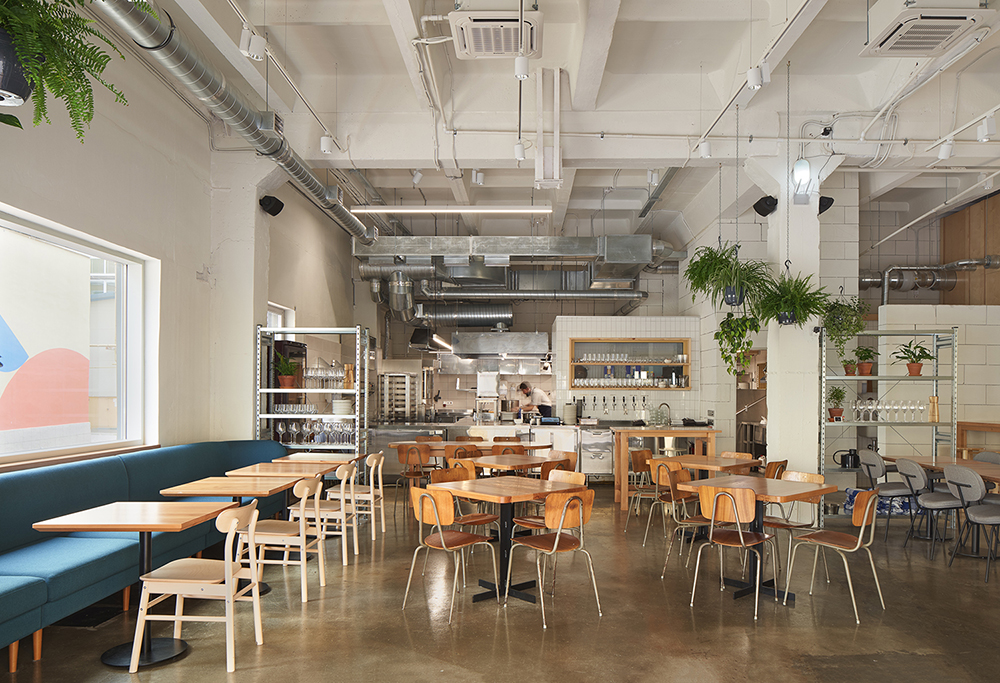 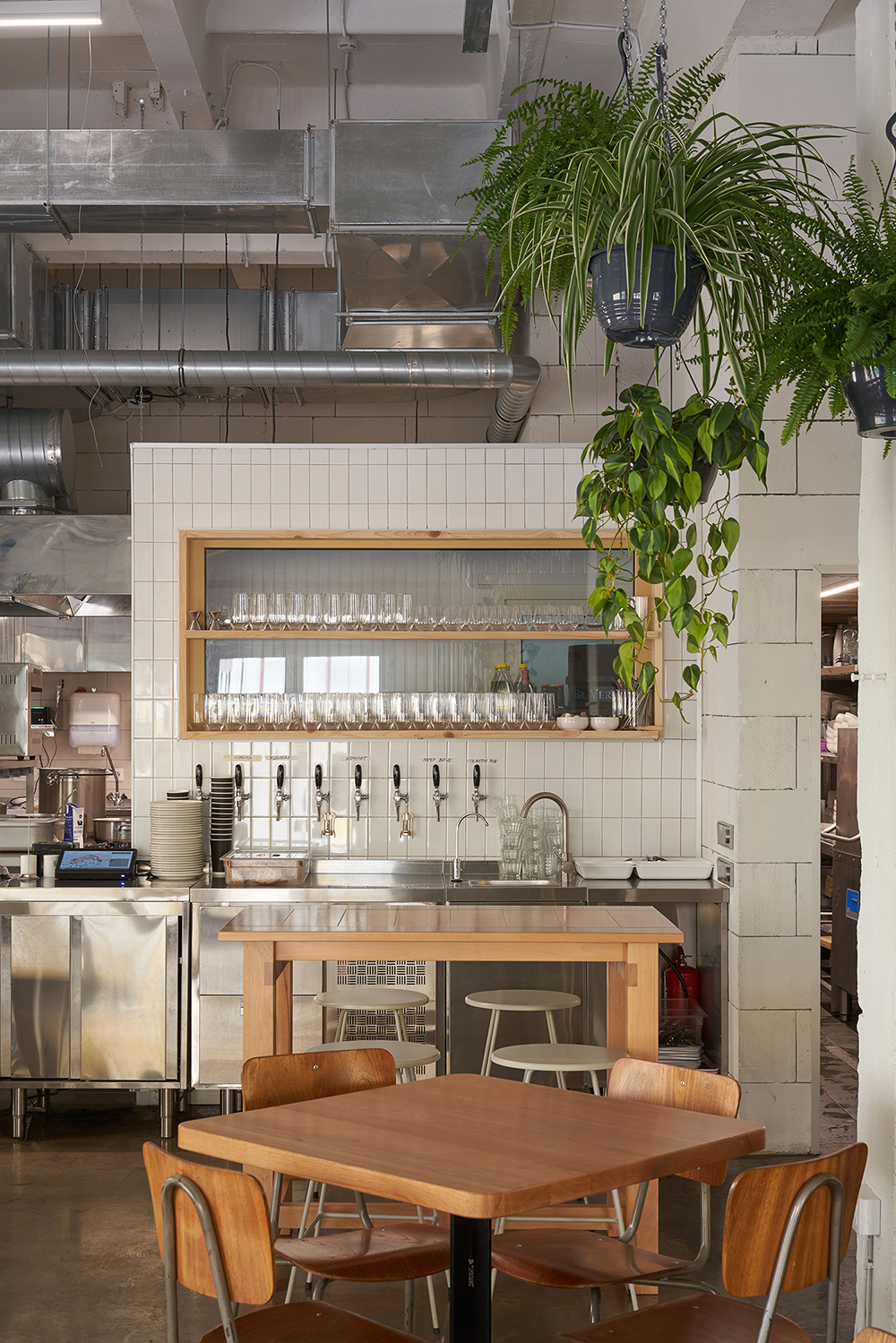 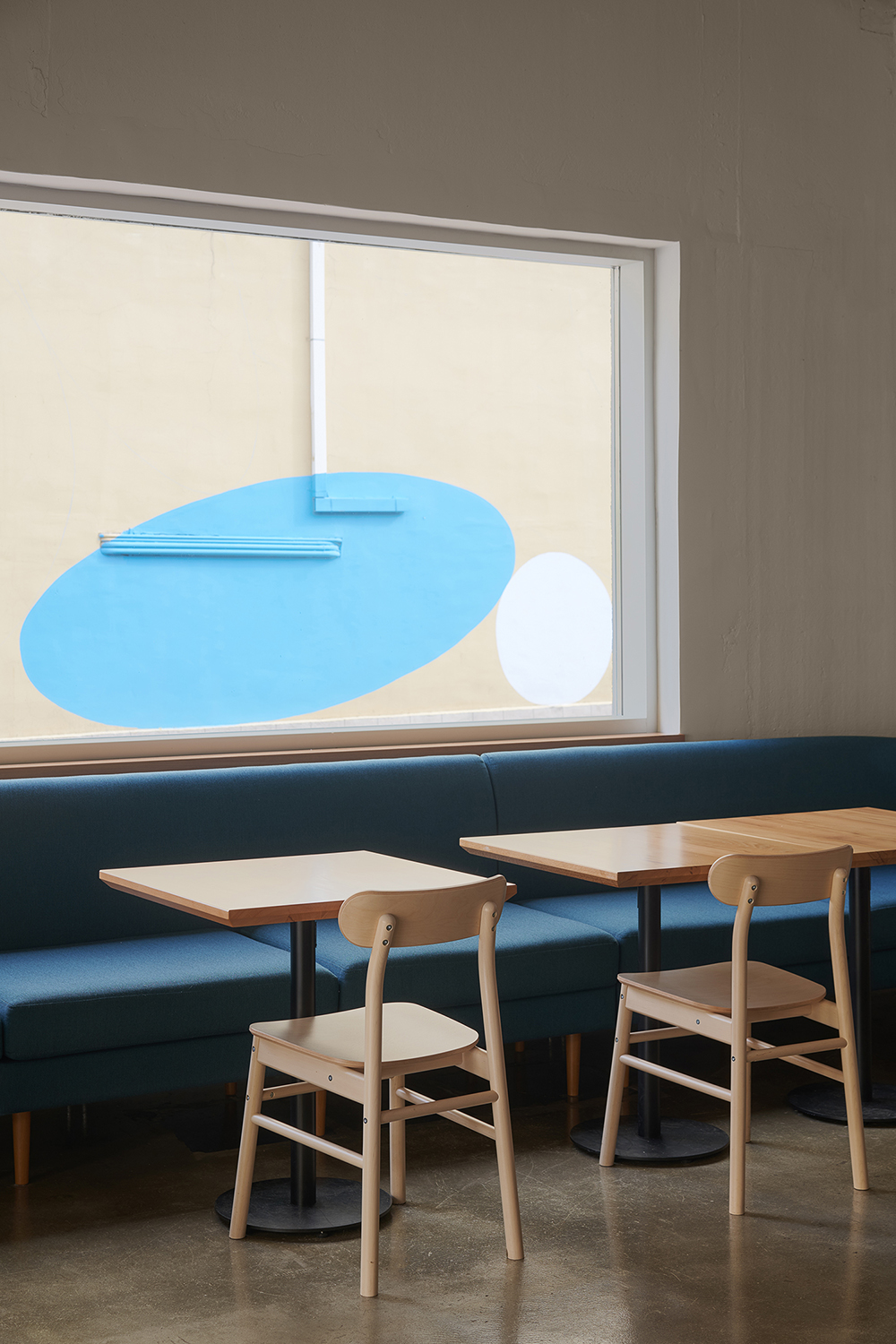 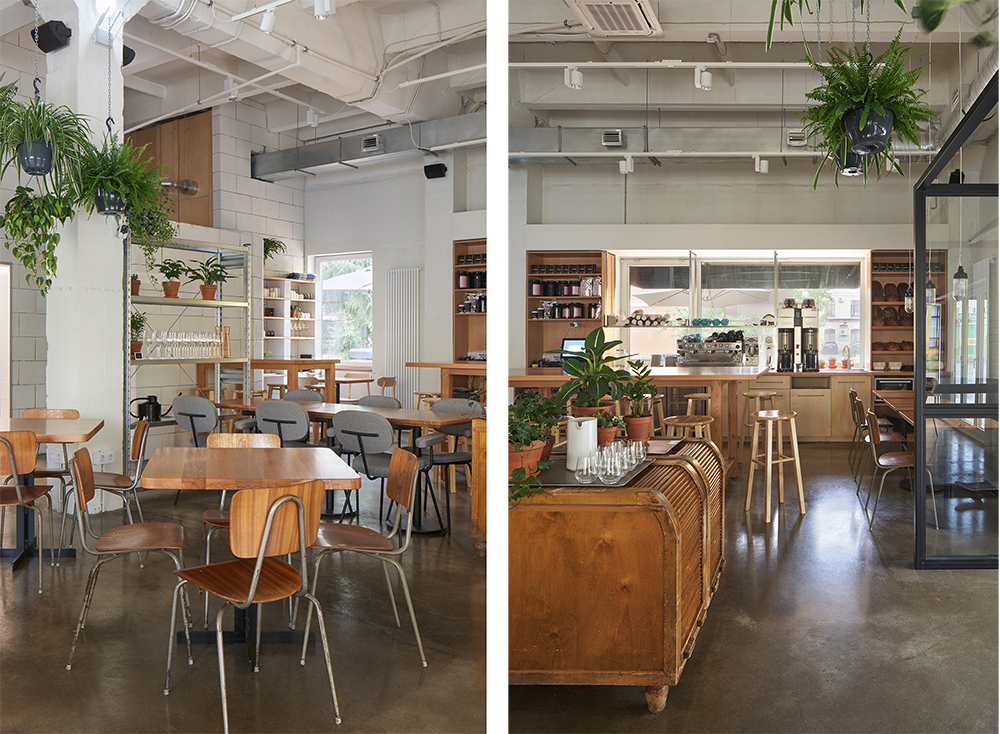 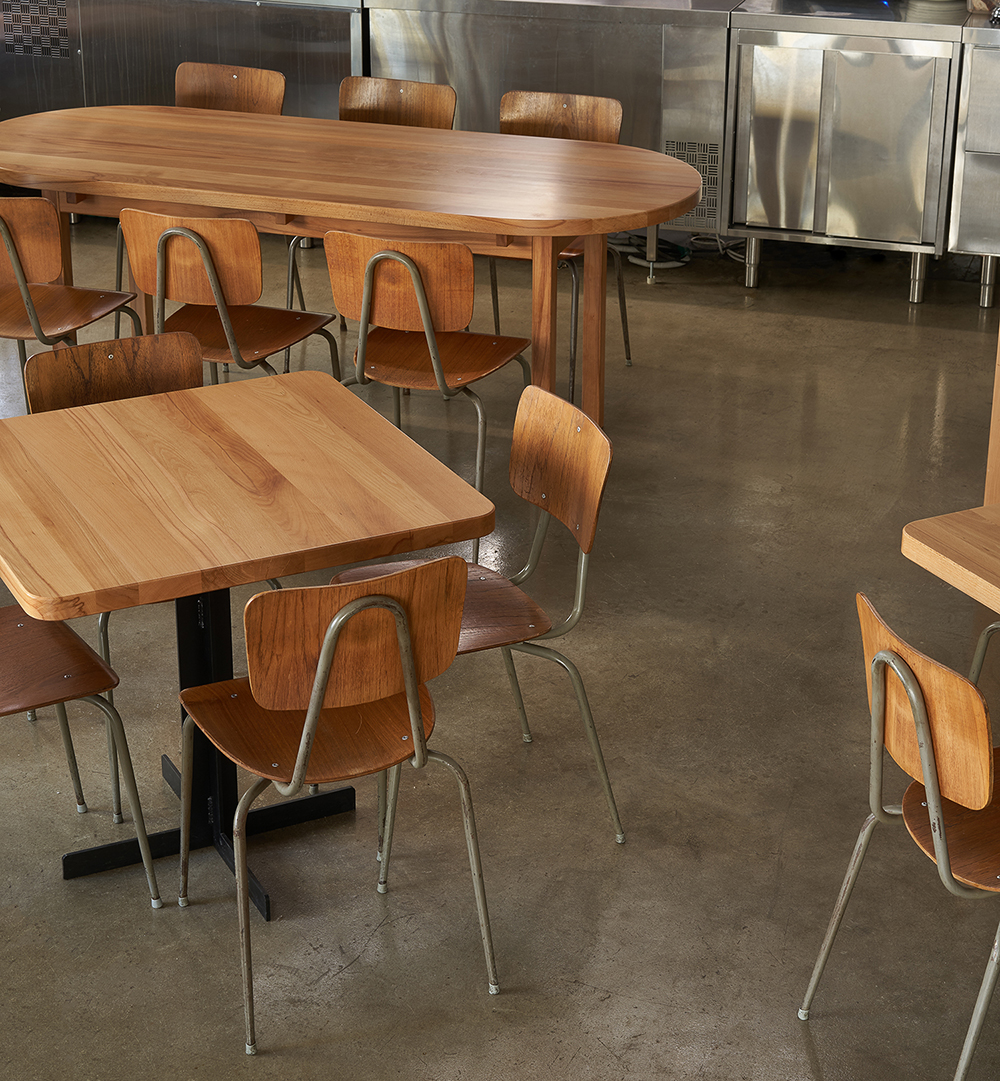 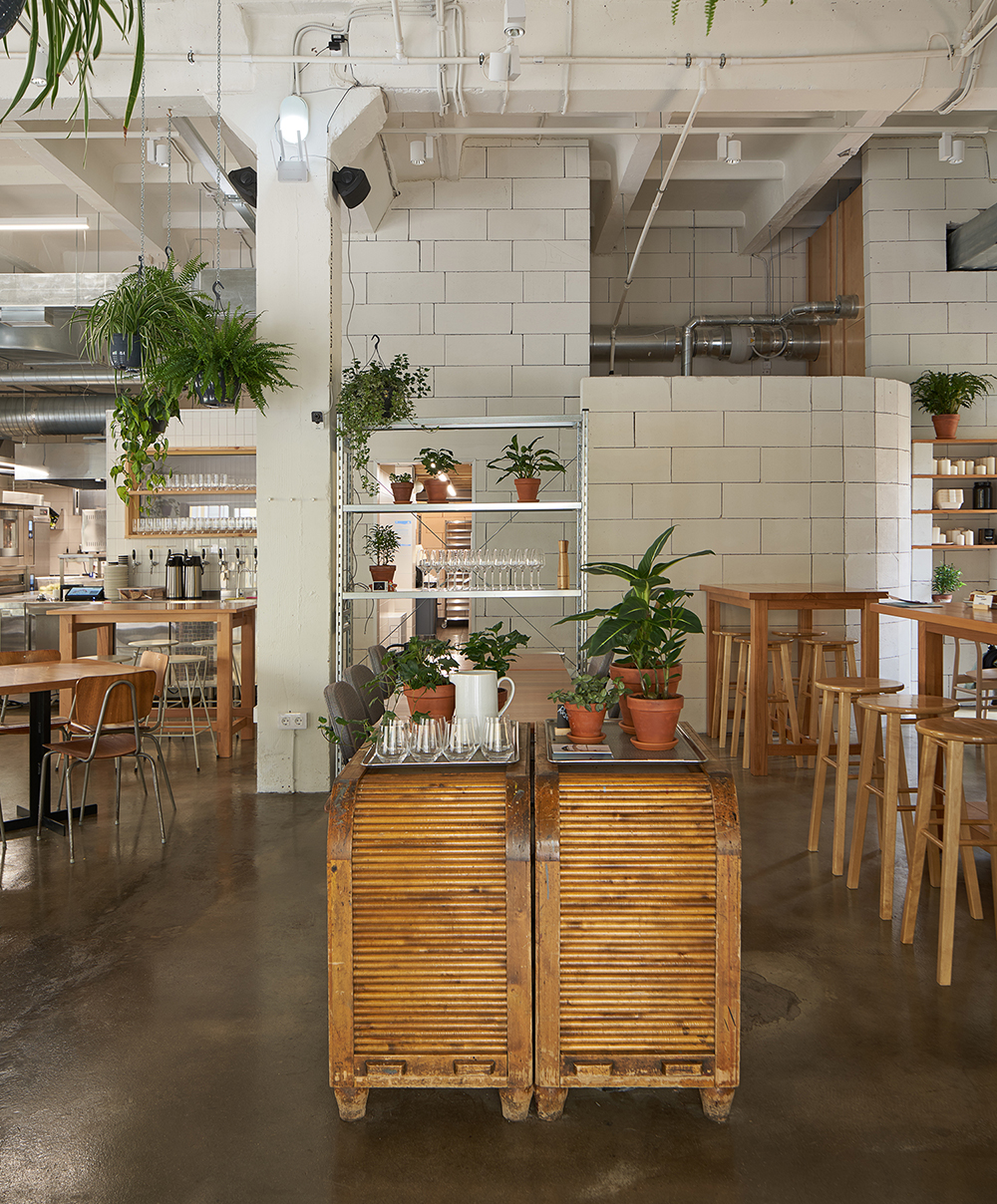 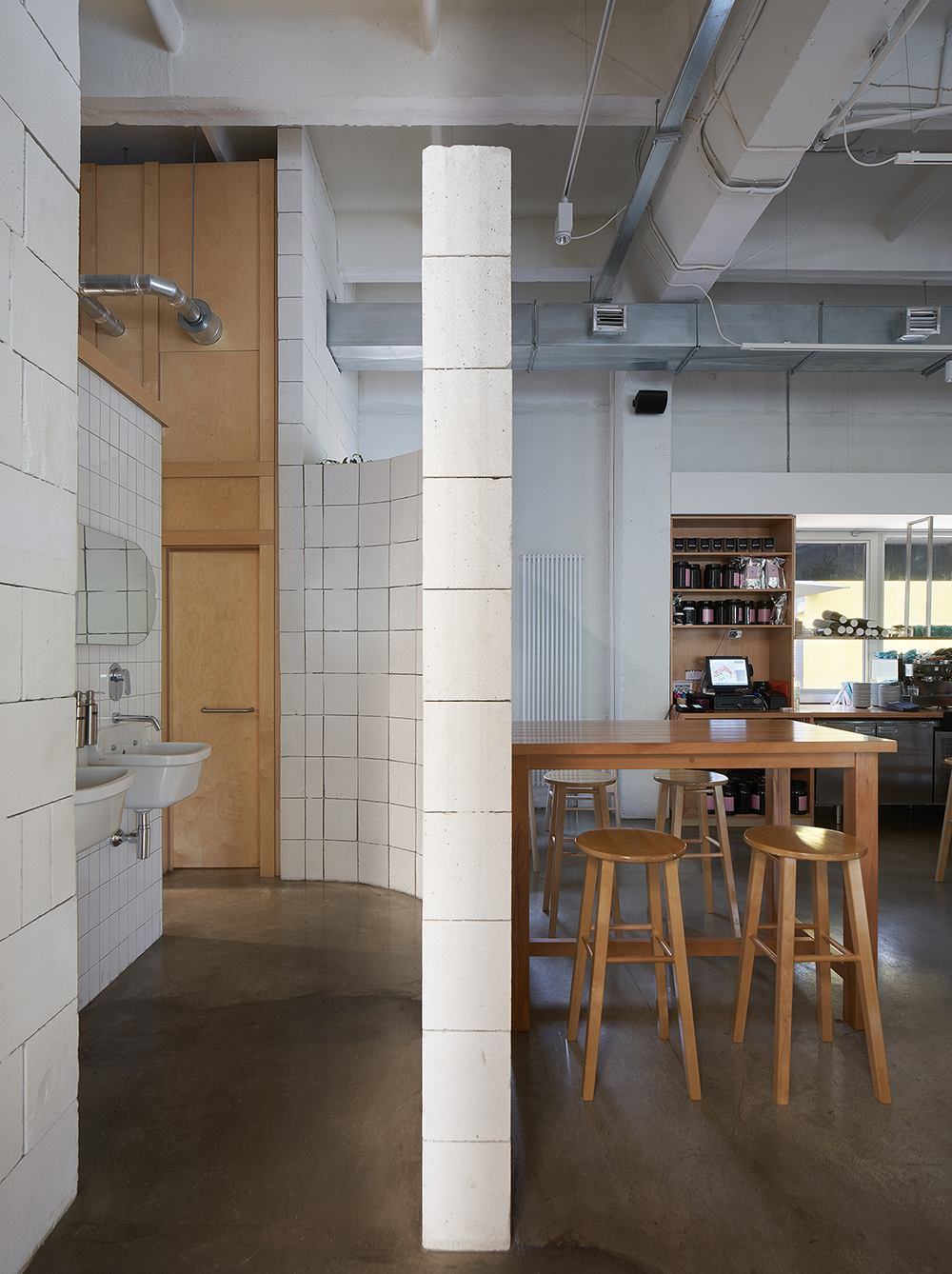 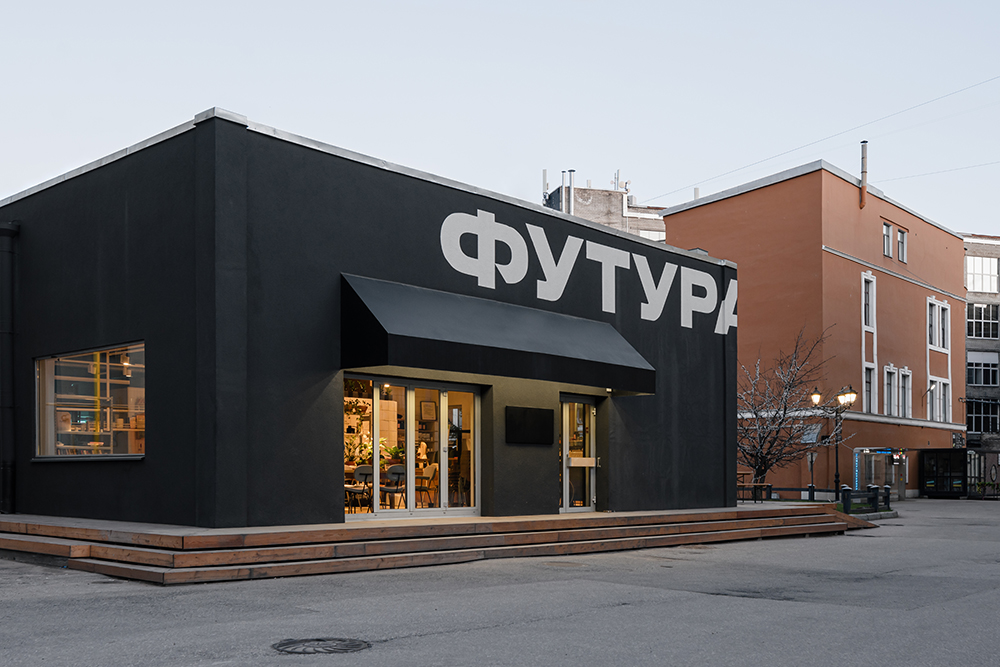