Every year Present Perfect Festival brings together fans of electronic music as well as architects responsible for creating the infrastructure for the biggest summer event in Saint Petersburg, Russia. The festival format requires a range of temporary constructions which capture one's imagination due to the freedom of artistic expression often limited in the field of permanent architecture.

Every station of the festival is designed in correlation with specific genre of music. In 2019 the Garden stage usually associated with gentle sounds of house was curated by RHIZOME. The stage presents the duality of contemporary garden that blends the natural setting with its synthetic analogue.

The interpretation of the theme was inspired by festival’s location which is a vibrant public space “Sevkabel Port” – originally the Siemens-Halske factory later turned into a creative cluster. The specific of the space can be described as a mixture of postindustrial elements and the green landscape both reflected in the project.

The existing trees preserved near the former factory are integrated into the stage design and the presence of nature is emphasized through the placement of the volume so that it overlooks open waters of the Gulf of Finland.

A prism shaped wall stands for the artificial garden since its surface is illuminated by the light of phyto lamps that remind one of the inner greenhouses. The idea of nature’s imitation is also reflected in the configuration of the ceiling that consists of textile lines resembling either clouds or waves.

Despite open character of the space the triangle stage localises the events of the festival in one point creating cozy atmosphere and constantly changing background for the musical performances. The whole construction also works as a portal that marks the border between “Sevkabel Port” and the musical oasis of the Garden stage. 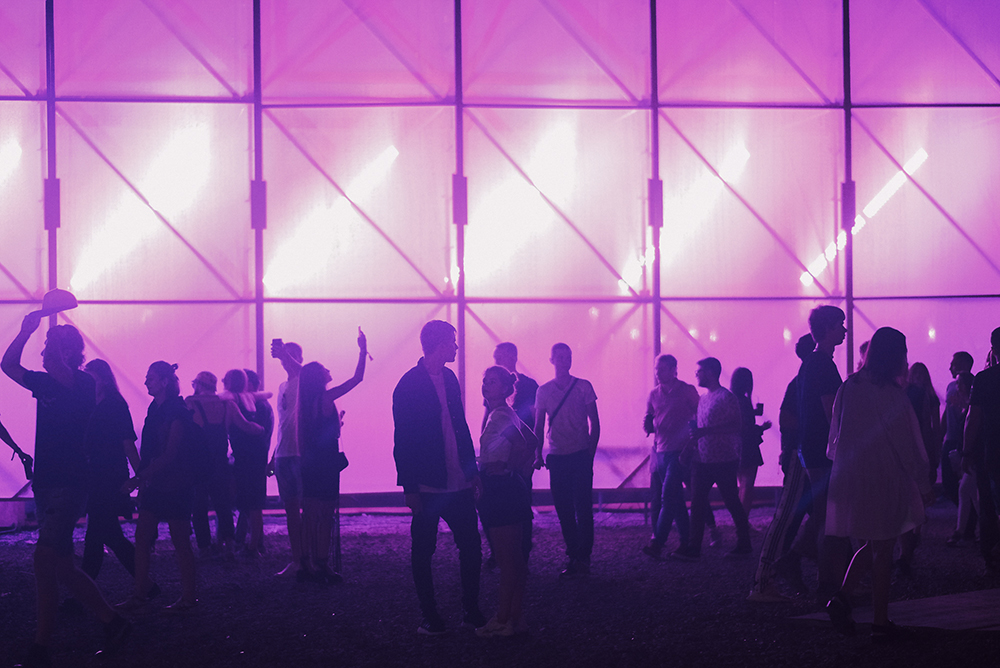 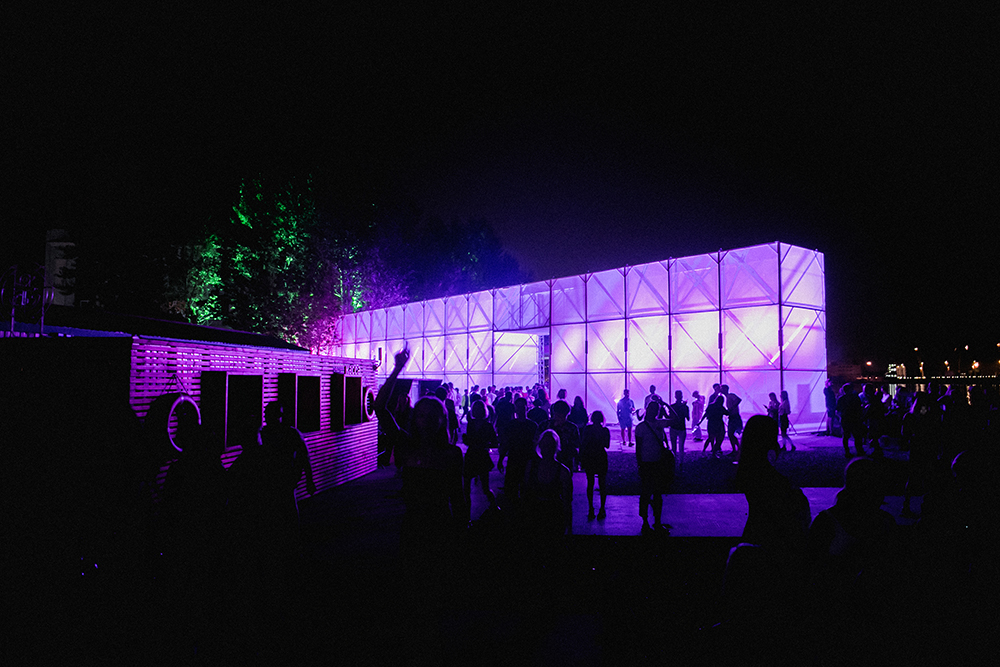 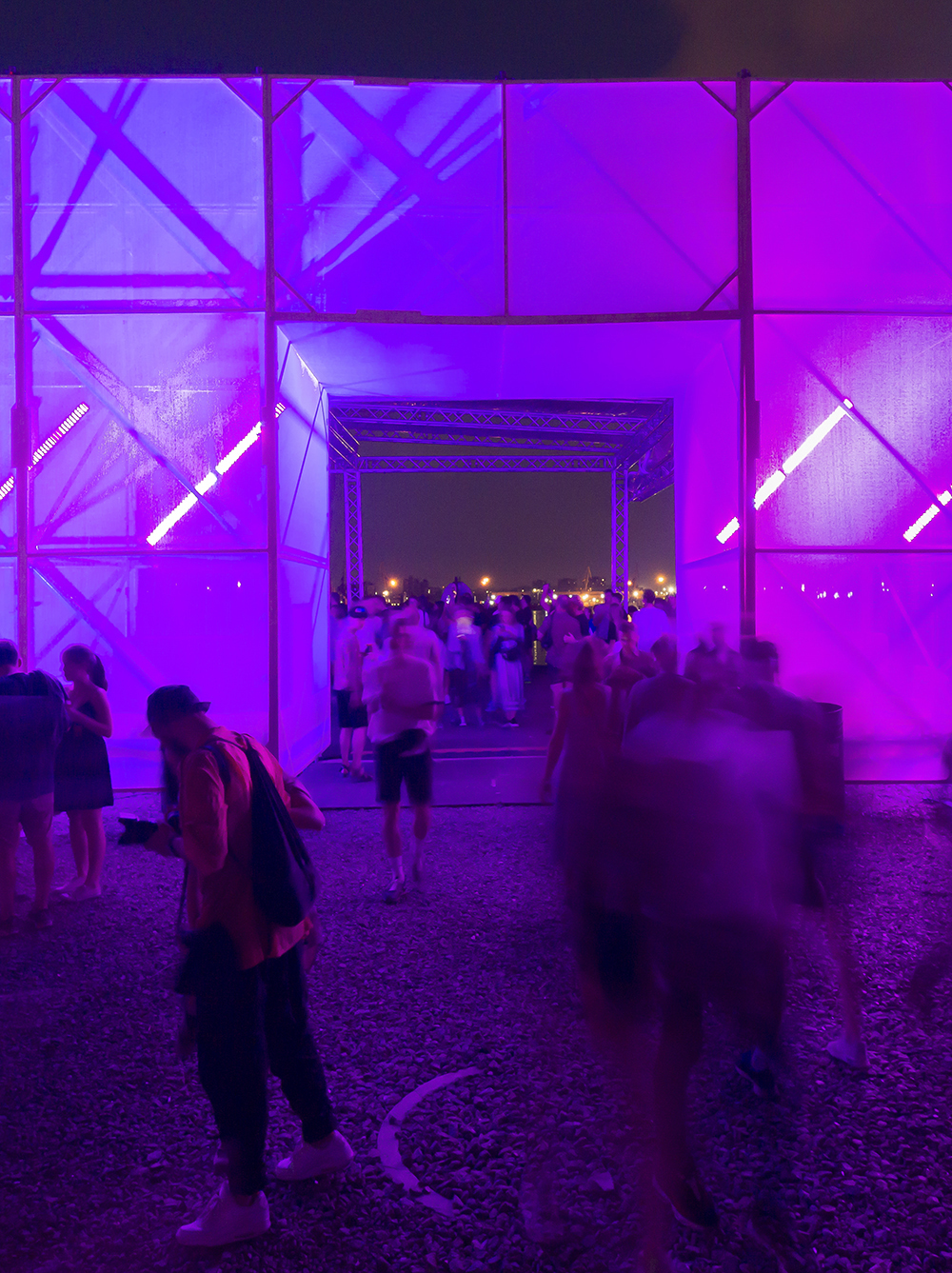 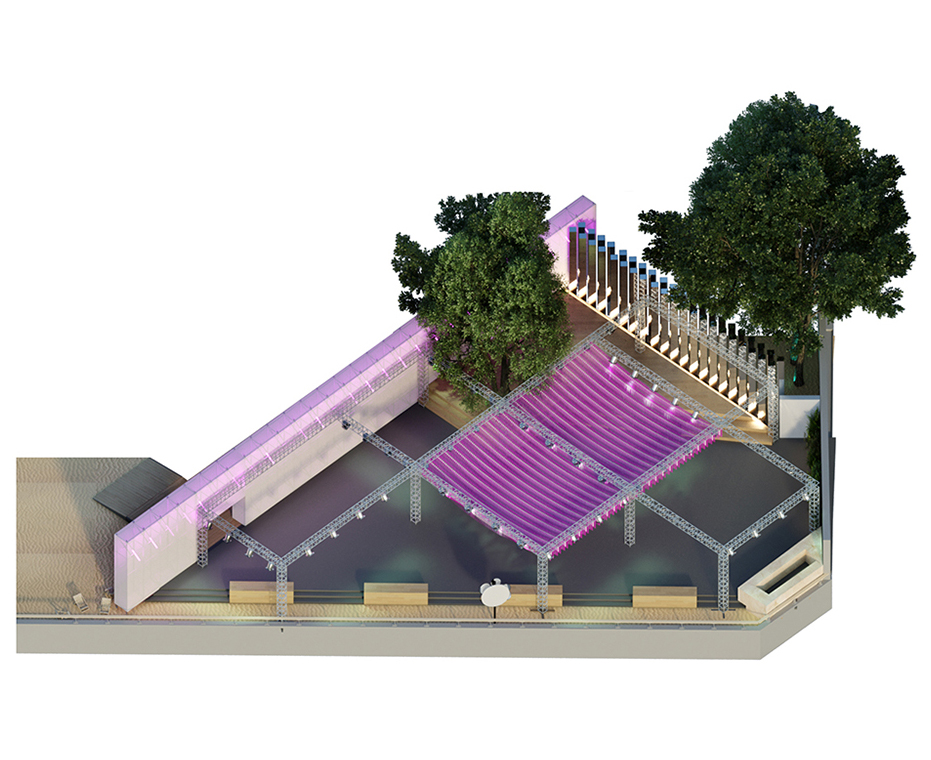 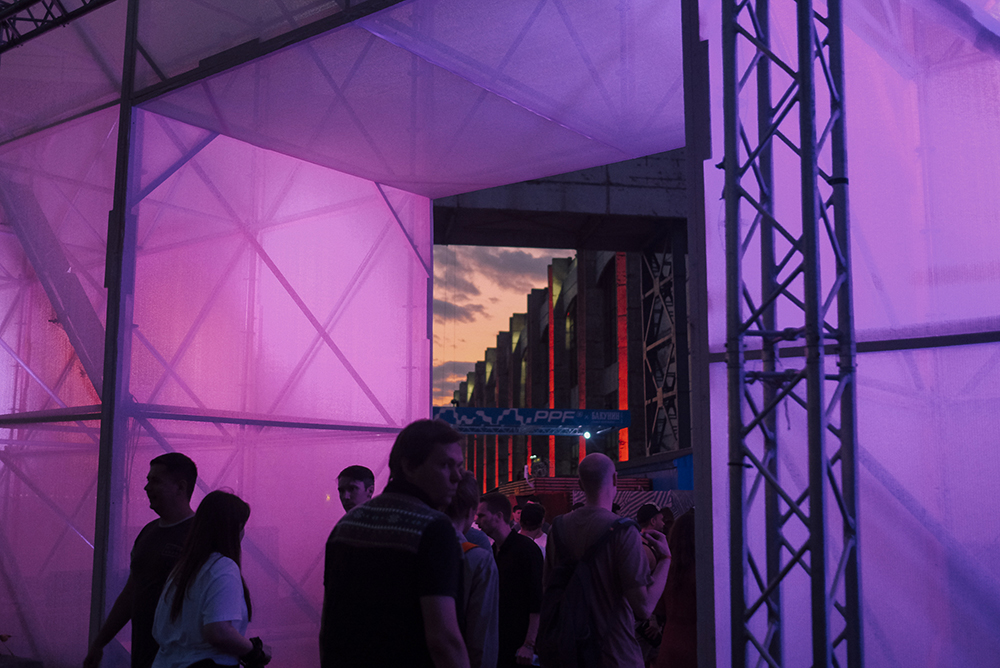 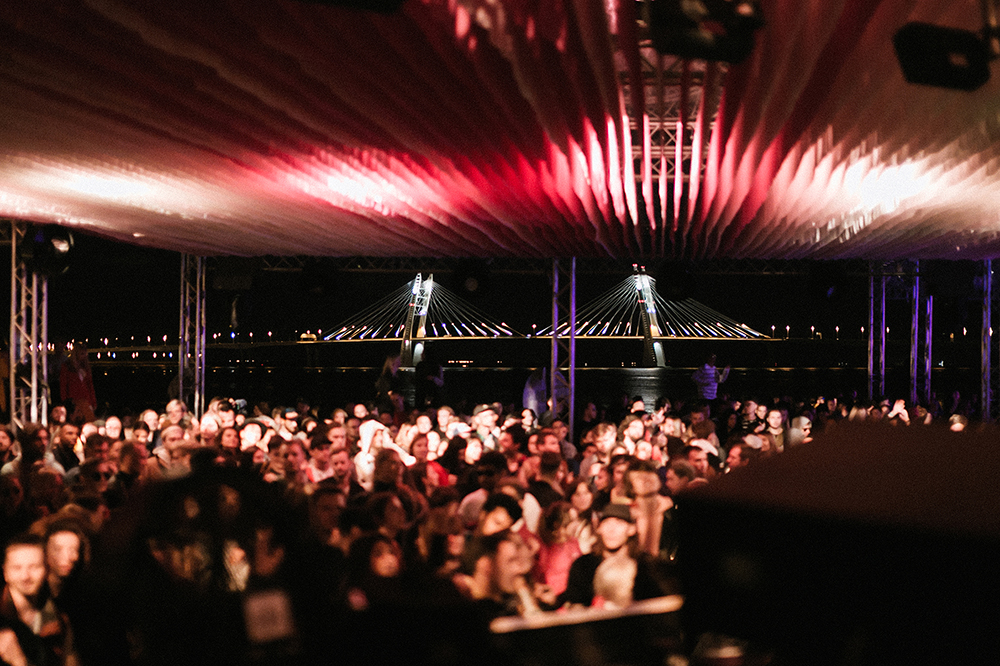 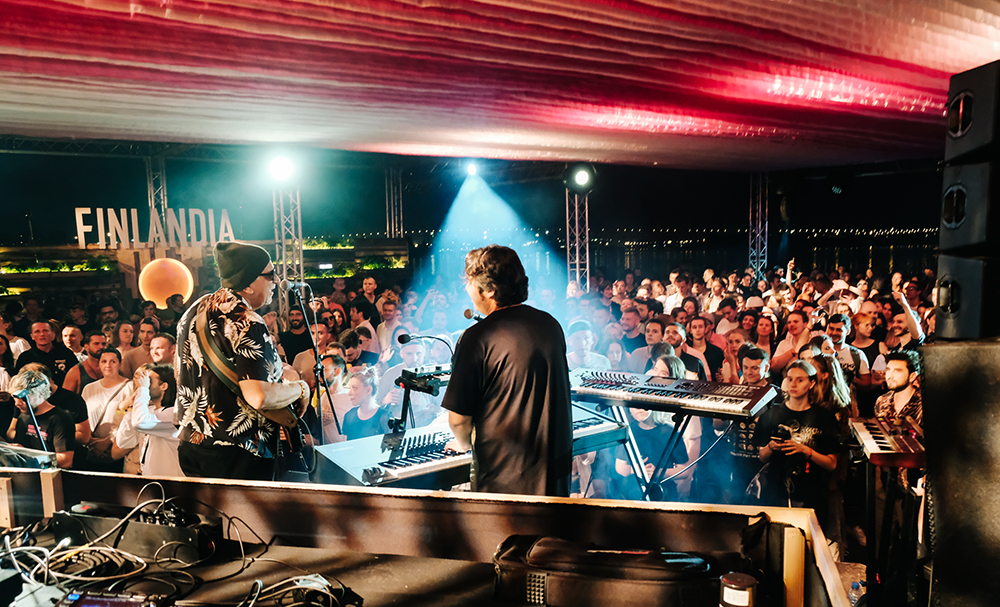 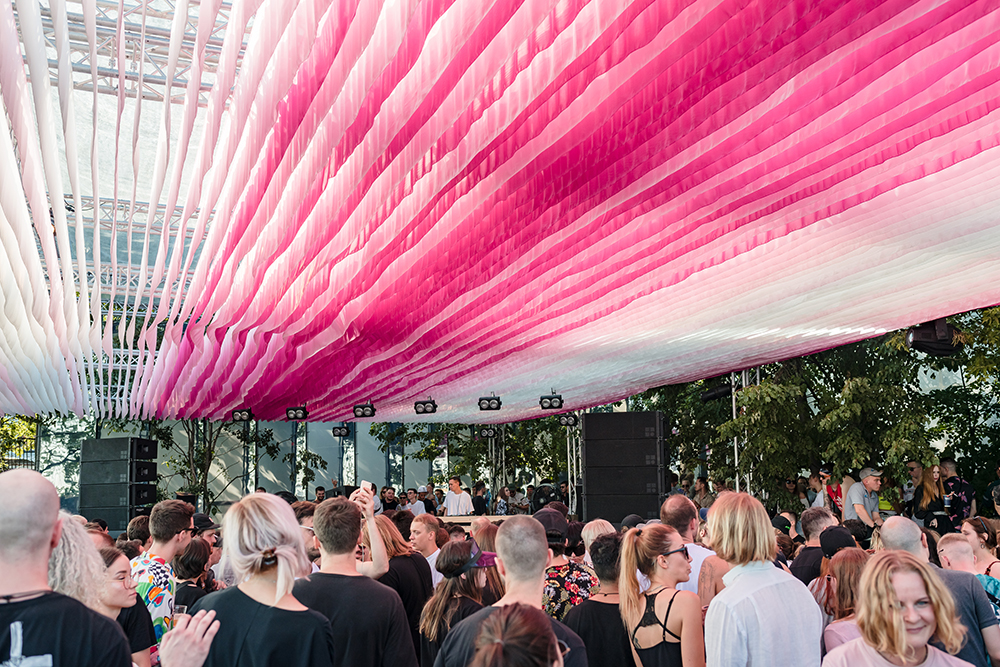 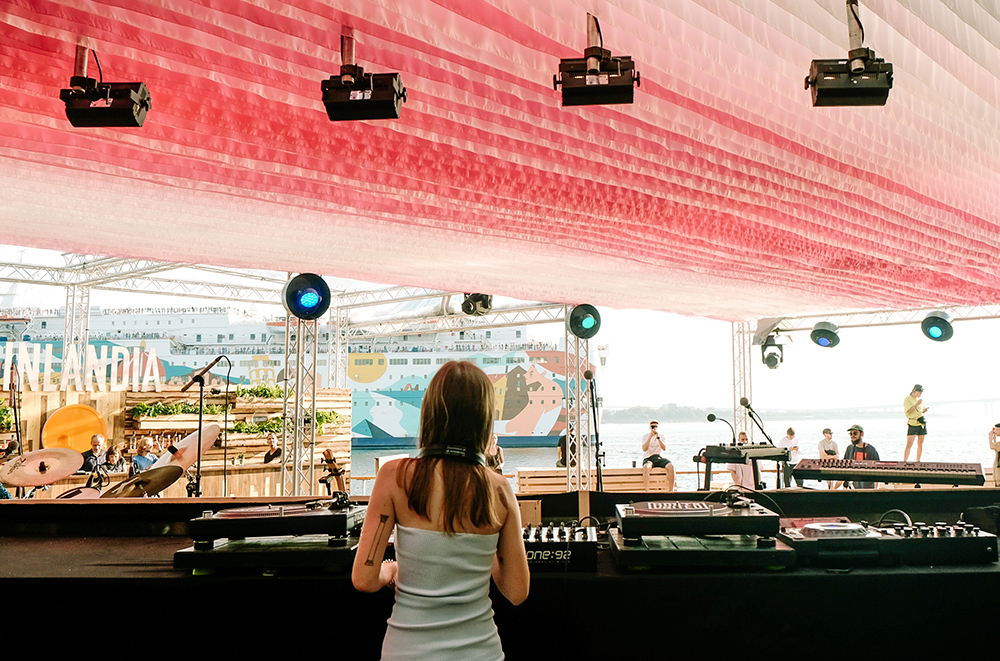 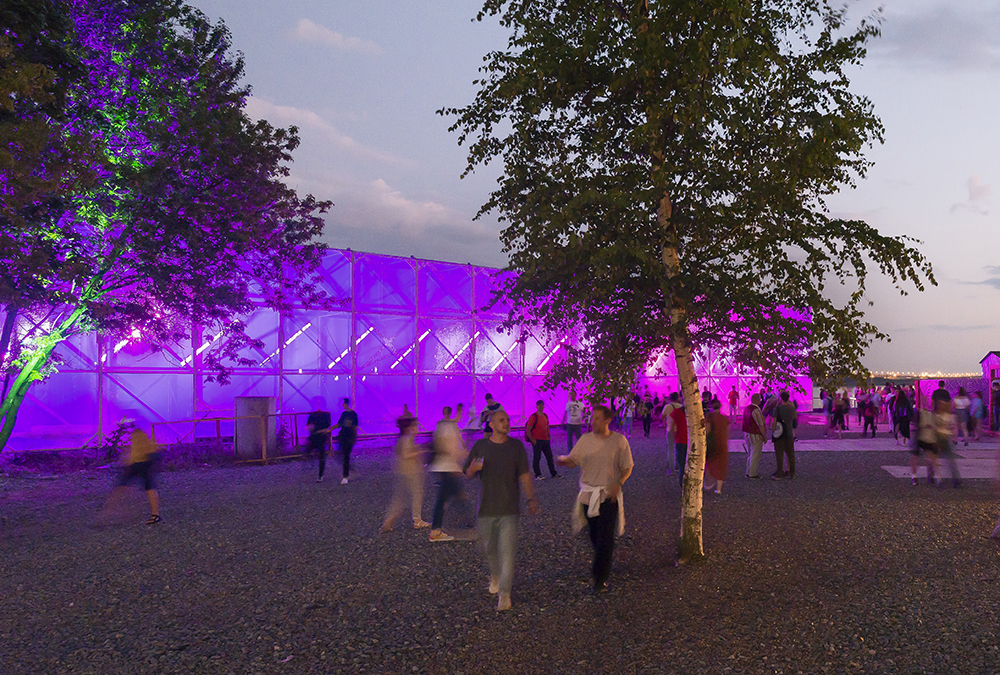